By
Javier Rodriguez
Posted in
Uncategorized

Xojo 2019R2 has a lot of new features and enhancements, including the simplification of updating the User Interface in apps from threads running in combination with the main app thread. Doing that in previous releases required the use of a thread in combination with a Timer, for example.

With Xojo 2019R2, everything related to updating the UI is much simpler thanks to the new UserInterfaceUpdate event in the Thread class. This provides, as an Array of Dictionaries, all the values we need to pass along from the Run event of the running Thread. 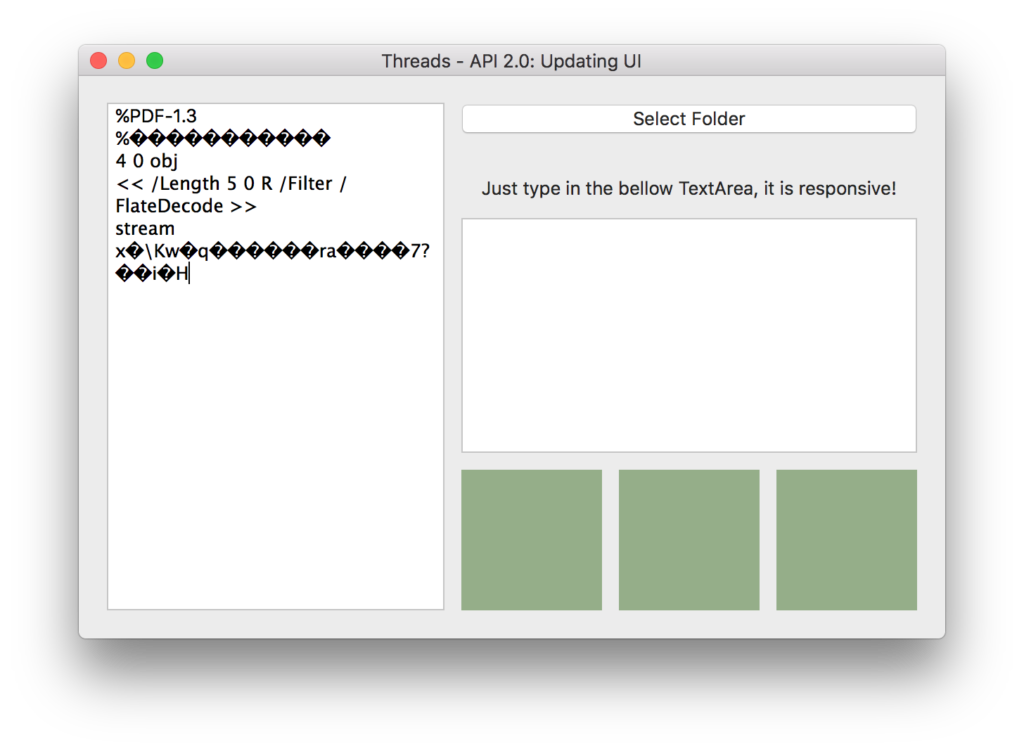 In order to add new values to these dictionaries, we only need to call the AddUserInterfaceUpdate method, providing as parameter a Pair. 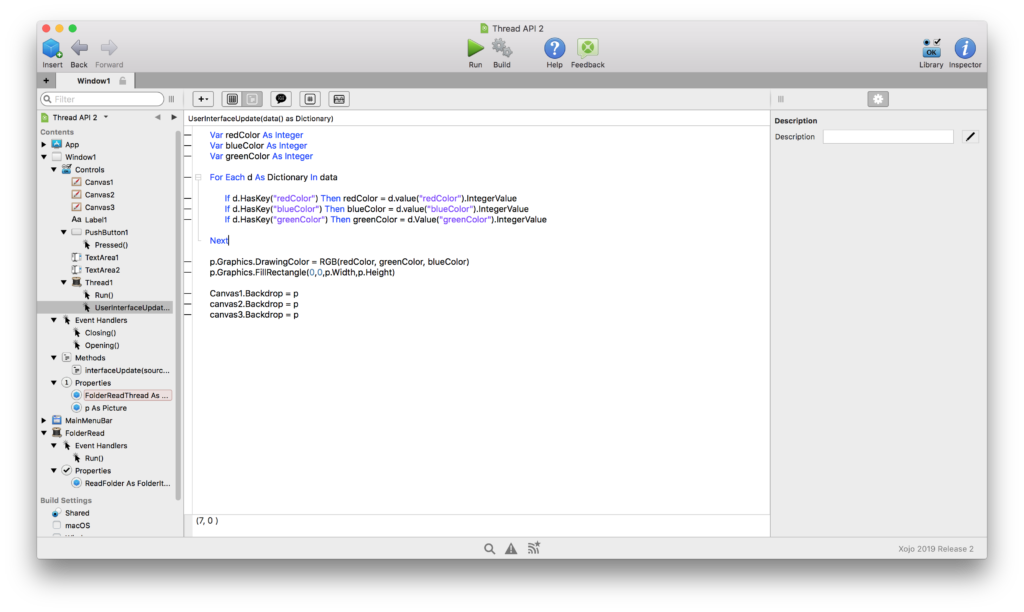 The first (left) value of this pair will be the one acting as the Key for the Dictionary, while the second value of the pair (right) will be the value itself we want to forward to the main thread in order to update our user interface.

In addition, the overloaded AddUserInterfaceUpdate method also accepts a Dictionary as a parameter.

The two ways we can use the new thread class are the same available in previous releases:

The example project available here, shows the implementation of both cases, how the Threads sends the data to update the user interface and how such data is received and accessed in the corresponding Thread Event Handler or delegated Method.

Remember, the Xojo programming language is fast and easy to grasp!

Javier Rodri­guez has been the Xojo Spanish Evangelist since 2008, he’s also a Developer, Consultant and Trainer who has be using Xojo since 1998. He manages AprendeXojo.com and is the developer behind the GuancheMOS plug-in for Xojo Developers, GuancheID, AXControlGrid, AXImageCanvas, Markdown Parser for Xojo, and HTMLColorizer for Xojo among others.