Shell Mode is one of Snippery’s most powerful features: you not only can execute practically any of the available Unix commands on OS X, but also create scripts to automate their execution and, of course, create a new snippet from the resulting output.

Now, with Snippery 1.1, you’ll find some nice improvements. Probably the most important one are the new added commands that you can use in new automation scripts.

For instance, you’ll be able to use the {refresh:’time’} command, where ‘time’ is the amount of time expressed as milliseconds. Use this command when interacting with a Shell command that requires user input interaction, as when dealing with a SSH login session in automation mode. 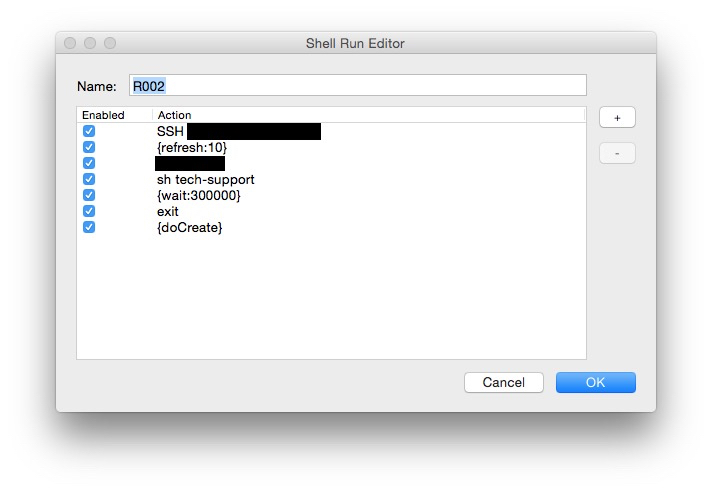 Also has been added a new command so now it is possible to set a waiting time before the execution of the next queued command. Use {wait:time}, where ‘time’ is the amount of time expressed as milliseconds.

With Snippery 1.1 it will also be possible to create a snippet directly from a script using {doCreate}. When found, this command also closes the Shell window once the Snippet has been created. You can use this command as the last step in an automated script, for instance. This way all the process can be executed without needing the user intervention.

Other of the new added commands is {clear}. It clears the output area when executed from the Shell Window input field or as a step from an automation script.

Also related with the automation scripts, and a very important thing!, I finally improved the Shell Mode output text area performance during the execution of automation scripts. This is especially relevant with long text outputs.

From Shell to the Clipboard!

Finally the Shell Mode Window includes a new “Clip to clipboard” button, so you can get all the Shell output directly available from the System Clipboard to ease pasting it into any application you want. In this case, it is important to note that a new snippet will not be created. 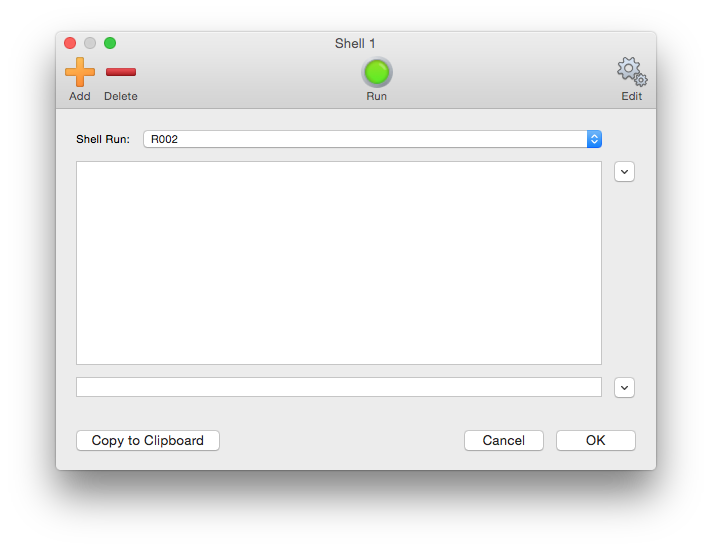 It’s also important to note that the Locking feature will not be into place during the execution of an automated script. This has been a design decision difficult to make (probably revisited in a future Snippery release where, I expect, you will be able to run faceless Shell automated scripts).